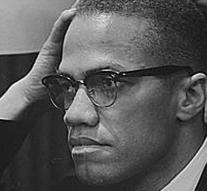 ankara - Turkey has given a new name to the road leading to the new American embassy in the country. The road in the capital Ankara is now called the Malcolm X road, to the leader of the militant civil rights movement for black Americans who was murdered in 1965.

The spokesman for the Turkish president Tayyip Erdogan made the decision known via Twitter. According to Ibrahim Kalin, the city council of Ankara unanimously agreed to the name change. The embassy building is still under construction.

Turkey has rather the naming of streets where embassies are used to make political statements. The Turkish president recently met the daughters of Malcolm X in New York during the UN meeting. Erdogan called Malcolm X 'a symbol of the fight against racism. '

The street in which the current American embassy building is located has also been renamed. It was named Olive Branch Road at the beginning of this year. That is a reference to the Turkish military operation in Syria against the Kurdish YPG. These are allies of the US, but they are considered a terrorist organization in Turkey.