Home / World / The Royal Family Vs The Sun 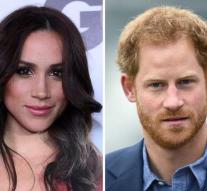 - Earlier this year it was Queen Elizabeth the most successful Tabloid The Sun sued. Who dared to say that the politically neutral Elizabeth was secretly in favor of a Brexit. A lawsuit followed. Newspaper motivation was no good, according to a disciplinary committee. The Sun took no notice of. Now it's Prince Harry who lashes out at The Sun.

Although the newspaper not by name is mentioned in the declaration of the prince about the discourteous manner in which his girlfriend Meghan Markle is addressed, it is clear that especially the coverage of The Sun bothering him.

The newspaper itself refuses to respond to the allegations of Kensington Palace. On the website of the newspaper, the emphasis of the reports on the fact that the prince admits that he has a relationship with the Canadian actress.

By the way The Sun not only who spent the past week pages to the new girlfriend of Prince. Even serious media as The Daily Telegraph and The independent even no (only appears on the Internet) could not get enough of the exciting relationship in their eyes. In addition, frequent mention was made of the 'dark' blood of Markle. Even now openly suggested that Buckingham Palace (ie the queen) would have trouble with the fact that Markle several years ago divorced her first husband.

The fierce tone of the statement on behalf of Prince Harry is such that British media no doubt will be more cautious in their coverage, the general expectation.\n  \n  \n   advertisement

On social media, the prince gets a lot of support. When betting shops has been hardly any money on a bet that a marriage will follow between Prince Harry and Meghan Markle.