Home / World / The Netherlands is a top country for talents 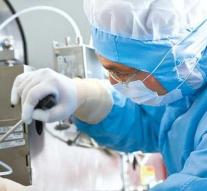 davos - The Netherlands is among the world leaders in countries that are good at educating, retaining and attracting talent. The Scandinavian countries score even better from the European countries.

This is evident from the Global Talent Competitiveness Index (GTCI) which was presented on Monday at the eve of the World Economic Forum in Davos.

The Netherlands is in ninth place in that ranking, an improvement compared to last year when the Netherlands took eleventh place.

Reporter @martinvisser is live on @Davos

The index is composed of countless indicators that indicate whether countries are able to train and attract talented employees from abroad. The talent index is compiled by Adecco, the international business school Insead and telecom company Tata Communications.

'In the context of the GTCI, competitiveness for talent, it concerns policy rules and practical experiences that enable a country to develop, attract and strengthen human capital. That contributes to productivity and prosperity ', according to the authors of the extensive study.

In a ranking of cities, Amsterdam is in eleventh place. Zurich, Stockholm and Oslo occupy the top 3. The researchers explicitly quote Brainport Eindhoven as a good example. In the tech region, companies, municipalities and knowledge institutions work very closely together.

According to the researchers, diversity is one of the keys to success. It is not primarily a mix of men and women, but especially people with different experiences and different cultures. 'Diversity is the core of success in sectors that depend on talent and innovation. '

Chip machine manufacturer ASML, a very big player in Brainport Eindhoven, is mentioned as a textbook example. 'The company, with its head office in Veldhoven, employs nearly 10,000 people from 90 different nationalities. ASML works on very complex technological problems and team managers want to work with teams that are as diverse as possible, so that problems from as many sides as possible can be viewed. '