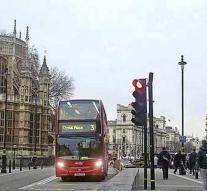 london - The British House of Commons starts on Wednesday with the discussions about how things should go with the Brexit. The first item to be discussed is the departure from the European Union without agreements.

After the new defeat of Prime Minister Theresa May, whose latest Brexit agreement with Brussels was also clearly (391-242) rejected in parliament, the political chaos is greater than ever. Everything seems possible: leaving the EU without any arrangement, postponing the divorce date March 29, early elections or even a new referendum with the result that perhaps the EU will remain.