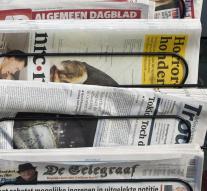 london - British broadsheet The Independent cease to exist as a paper newspaper. The latest edition will appear on Saturday, March 26th, after the newspaper goes online only continue. Therefore today the jobs of between eighty and one hundred journalists at risk.

The owners of The Independent, the origin of Russian media tycoon Alexander Lebedev and his son Evgeny, announced the decision Friday. They pointed out the steadily falling circulation of printed newspapers. Quot; The readers tell us that the future is digital , Lebedev told Financial Times.

The Independent first appeared in 1986. With its liberal and progressive signature newspaper draws readers especially on the left side of the British political spectrum. The newspaper is owned by the Lebedevs since 2010.