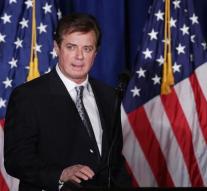 washington - The FBI made an invasion at Paul Manafort, the boss of Donald Trumps campaign team at the end of last month. Documents and other matters have been seized.

A Manafort spokesman confirmed the invasion, which the Washington Post reported.

The agents appeared on July 26 in the early morning unannounced at the house of Paul Manafort. The invasion would have been linked to the investigation by special prosecutor Robert Mueller, who looks at the alleged Russian interference in the US presidential election and possible collusion between Moscow and the Trump camp.

Manafort has already voluntarily released documents to parliamentary committees investigating the possible interference. After the incident, it was reported that researchers were afraid that Trump's former campaign manager would retain information.