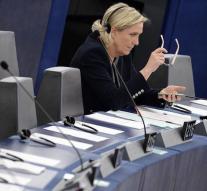 brussels - Following a change in the Rules of Procedure in the European Parliament, journalists working in Brussels suspect that the EU parliament applies censorship. Since this year, the chairman may decide to interrupt the livestream of a plenary debate, if a parliamentarian makes defamatory, racist or xenophobic statements. '' This is an intervention in the press freedom '', says Tom Weingärtner from the International Press Association API.

Due to the amendment of the Rules, the President of Parliament may also decide to erase video recordings of a debate so that those fragments do not end up in the archive.

The livestream is an important tool for journalists, especially for reporters who stay for cost reasons in Brussels and not to go to Strasbourg to follow the debates in the hall. 'If we do not know if something is really reliable, or if the archive is complete then we have a problem,' Weingärtner said Tuesday to the German press agency DPA. 'The decision to postpone extremist statements or not should be left to journalists and is not a task of the parliamentary chairman,' Weingärtner said.

British parliamentarian Richard Corbett states that it does not want the European Parliament to offer a stage for organized actions by extremists. '' Imagine that members of the Chamber appear before the camera with a banner saying that all Muslims should be deployed? Such discussion will not be conducted in parliament, but online via video players. We would allow extremists to spread their message widely, 'says Corbett. '' Have we now given our president the power to censor? Theoretically yes. 'But practice is harder.' Everyone is aware of power. Each chairman will be very careful here. '