Home / World / The EU is not yet serving Turkey 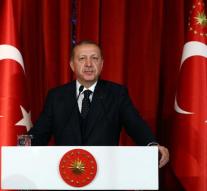 valletta - A formal end to the negotiations on Turkey's accession to the EU is not yet visible. That turned out to be Friday in Malta, where the EU Foreign Ministers met. They argued about the relationship with the candidate member, who increasingly disapproves of the values ​​that Europe stands for.

The German minister Sigmar Gabriël was clearest: he would be a completely wrong signal, and Turkey would push Russia towards Russia. 'It would not change anything in Turkey and do not help people there,' said Gabriël. He, supported by several colleagues, was able to give shape to the relationship.

Many ministers said it was important that the European Commission should analyze whether Turkey could still meet the accession criteria when President Erdogan gained more power, where the people recently agreed in a referendum.