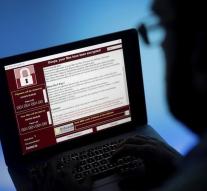 prague - The Czech Republic can deliver a Russian hacker to the US or Russia. That has determined a Czech court on Tuesday. The man, Jevgeni Nikoelin, is suspected of hacking social media, including LinkedIn in 2012.

The Russian was arrested in Prague on 5 October. Both Russia and America have requested for extradition.

Upon the burglary in LinkedIn's computers in 2012, the man was allowed access to the personal data of about one hundred million users. An American federal jury complained to the Russian for that. Russia denies him from smaller computer crimes.