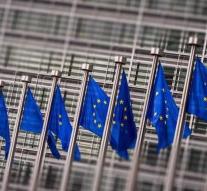 luxembourg - An asylum seeker whose application for protection has been rejected in an EU country can not be expelled as long as that decision is not final. Member States may adopt a so-called return decision, but this can only be carried out if it has been established on appeal that the asylum seeker is not entitled to international protection. During the appeals procedure, the person concerned may not be detained.

The European Court of Justice determined this in a case of a Togolese who was given the order in 2014 to leave Belgium. He appealed, on which the Belgian Council of State asked for advice at the court in Luxembourg.

After the first rejection, the stay is not yet illegal, according to the court. An effective removal and return policy must go hand-in-hand with 'full respect for fundamental rights and the dignity of those involved', the judges say.

In this case, Belgium had not correctly applied the rules because the man was forced to leave the territory. The return procedure should have been suspended.