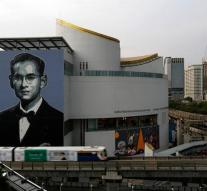 bangkok - A prominent human rights attorney in Thailand may have up to 150 years of imprisonment for insulting the royal house. He is in charge of ten charges under Thailand's strict law against majesty, said a Thai organization of human rights lawyers Thursday.

Prawet Prapanukul defended some members of an opposition party and was a lawyer in a rumor of majesty. He was arrested last weekend by the police. It is not entirely clear what he wrote or said that led to his arrest.

In Thailand, long penalties are imposed for insulting the royal house. For example, in 2015, a man received a 30-year celestial sentence for majesty and a woman for 28 years.