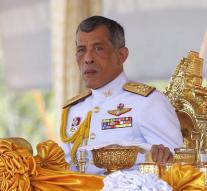 bangkok - The government of Thailand for the first time confirmed that Crown Prince Vajiralongkorn will soon be appointed as the new king. That said Defense Minister Prawit Wongsuwan Tuesday, a month after King Bhumibol Adulyadej died.

Prince Vajiralongkorn, who resides in Germany, flying probably Tuesday or Wednesday back to Thailand so he can come talk to the government, says Wongsuwan.

Under the procedure, the government asks the President of the General Assembly to invite the prince to become king. The Prince must accept the invitation to be crowned.

The formal coronation takes place only late next year, in a ceremony with rituals of Buddhism and Brahmanism. Until then still applies national mourning Bhumibol.