Home / World / Texas executes man who killed no one 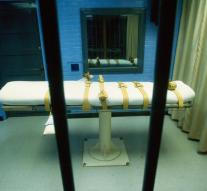 - A retarded man being executed within days in the US state of Texas for a murder he did not commit, and he has not even seen.

Jeffrey Wood receives a lethal injection Wednesday as he drove the getaway car in a robbery at a gas station in Kerrville. He stayed in the car while Daniel Reneau robber went inside. The raid ended in a shootout- when the operator of the shop at the petrol station refused to open the safe, Reneau shot him in the head.

Wood did not advance that his companion was armed. After the shot he helped him to remove the video from the CCTV and they fled to the safe and petty cash.


Wood was sentenced to death for all accomplices bear equal responsibility under the law in Texas. Reneau was already executed in 2002.