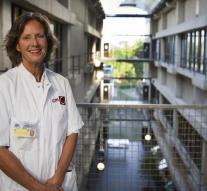 amsterdam - The Netherlands must think about reintroducing a medical check for all athletes. That says sports cardiologist Nicole Panhuyzen-Cheap from the AMC and Sport Medical Center Papendal.

Panhuyzen will respond to the death of three young amateur footballers on Dutch playing fields within a few months. All three got a cardiac arrest during a game of football.

In 1984, the overall sports approval was abolished nationwide.

Since then, there are only compulsory sports checks for Dutch top athletes, such as the Olympians, and for some special categories such as diving, gliding, motorsport and cycling.