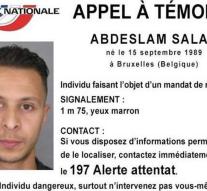 houthalen - The terrorists who committed the attacks in Paris and Brussels hid their weapons for a while in a barn on the premises of a school in the Belgian province of Limburg.

A map on Salah Abdeslam's computer led the detectives to a garage on the premises of the school in Houthalen-Helchteren. This is evidenced by a note from the Belgian State Security Service, reports Belgian media Friday.

On the map were two street names found in that combination only in Meulenberg, a notorious district with much radicalization in Houthalen-Helchteren. The arms store was located in the area of ​​the local kindergarten and elementary school. The concierge of this was a family of terrorist Mohamed Abrini and had now been hijacked in Syria.