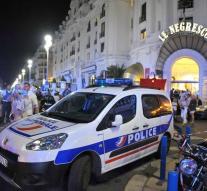 - The perpetrator of the bloody attack in Nice, which killed more than 75 people, would be a 31-year-old man of Tunisian origin.

So says the local newspaper Nice Matin, which claims to rely on 'sources'. The terrorist would have lived in Nice. Witnesses say the man also shot at the crowd. The perpetrator was slain by police.