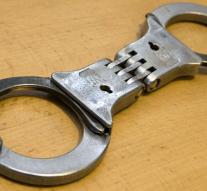 moscow - The Russian Federal Security Service, FSB, said that in Moscow's vicinity a terrorist cell of Islamic state had been rolled up. Two bombs, two pistols, two hand grenades and explosive manufacturing equipment were seized. The cell would have been attacked by public transport and places where many people gather.

The arrests took place last Saturday. The cell consisted of Russian citizens from the northern Caucasus. How many people were arrested was not disclosed, but according to the FSB's announcement, the cell has been fully rolled up.

IS has sworn revenge for Russian involvement in the struggle in Syria. IS earlier claimed an attack on a Russian passenger plane in October 2015, leaving 222 people. Also, an attack on St. Petersburg subway with sixteen dead in April this year would have been the work of IS followers.