Home / World / Tension is rising: Parliament Ukraine decides on the state of siege 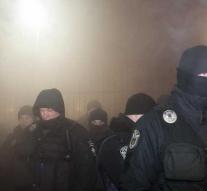 In a state of siege the army gets the leading role in a country. Many civil liberties are sacrificed. People in Eastern Europe remember such a time as 'the tanks that rolled through the streets'.