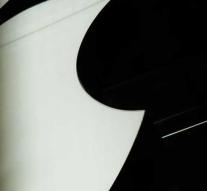 cupertino - An Australian teenager who broke into Apple's internal systems does not have to go to jail for that. He will be supervised for eight months. He managed to enter twice and get all kinds of business data. He admired the company and found it addictive to browse around.

The boy entered Apple in June 2015 for the first time. He was sixteen years old at the time. That lasted until November 2016. Apple closed the leak, but in April last year the Australian succeeded in coming back. 'What you have done is serious. It was long-term, refined and a successful attack on the security of a large international company, 'the judge said.

During a questioning, the boy told the police that he liked to pretend to work at Apple himself. The intrusion had become an addiction, he said. He took all kinds of precautionary measures to protect his identity. That did not work and the police invaded his parental home. There were hack manuals on his computer. They were stored in a folder called '' hacky hack hack ''.

According to Apple, no personal details of customers have been captured.

The boy could have had two to three years of juvenile detention. He has expressed regret and cooperated with the judiciary, the judge said at the verdict.