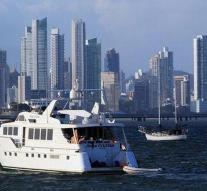 brussels - The Netherlands, Luxembourg and other EU countries where a 'tax haven' hangs are not part of the European blacklist of tax havens that need to be seen this year.

'We will not do that,' said European Commission President Jean-Claude Juncker on Tuesday, as requested in the EU Parliament.

The commission has asked the 28 Member States to claim countries that are almost (no) corporation tax, are not transparent and do not cooperate with international tax evasion measures. A next step is to determine what the consequences may be for regimes coming on this list.

For example, the Bahamas, the Cayman Islands and Panama are expected to be placed on the blacklist of the EU. But the Dutch practice of secret tax treaties with multinationals also excludes tax evasion, some European parliamentarians.

In order to make these agreements transparent, EU Member States have been obliged to exchange with other countries since 1 January. German group Sven Giegold of the Green Group asked Juncker on Tuesday whether he was going to tap on Member States that go with it, including the Netherlands and Luxembourg. That he confirmed.

Juncker was in parliament for a hearing on tax evasion and laundering. He was touched by his role as Minister of Finance and Prime Minister of Luxembourg, between 1989 and 2013. Then the country attracted many foreign savers with secret bank accounts and companies with attractive tax rates. 'I've never been involved in such arrangements,' he said.