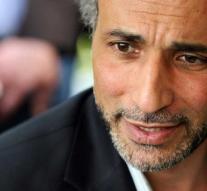 paris - The prominent Islam expert Tariq Ramadan is conditionally released. He has been in France since February on suspicion of rape of two women.

Ramadan, who has worked in Rotterdam, among others, denies that he was guilty of abuse. He admitted last month that there were sexual contacts with the women, but according to him there was no compulsion to do so.