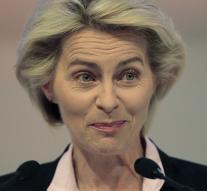 - The German Defence Minister Ursula von der Leyen is again accused of skulduggery. In her resume states that she has visited several research institutes of the American Stanford University . The university , however, thinks otherwise , he can not find her in one of the official curriculum of the time, the mid-nineties .

The 57 -year-old minister assured Sunday that she has attended solid curricula in California. She showed a written confirmation showing that they in 1995 include six months on a market analysis for the healthcare work. In 1993 she was a guest student.

Stanford says that her name is found in parts that were concluded with a certificate or diploma. Von of Leyen was accused last month that she committed in her 1990 stemming medical thesis plagiarism. She has an impartial ombudsman asked to verify her dissertation.