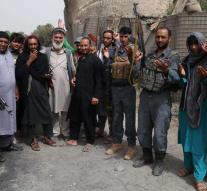 kabul - The radical-Islamic Taliban do not want to extend their three-day ceasefire in Afghanistan. The spokesperson for the group said this to the German news agency DPA on Sunday.

'We are not planning to extend the cease-fire. It ends today. '' With that, the Taliban also reject a peace offer from Afghan president Ashraf Ghani. He announced on Saturday that his government wants to extend its cease-fire. This would originally take until June 20.

Ghani asked the Taliban to stop the battles and to negotiate. The US, the EU, the UN and many other countries have welcomed that offer.