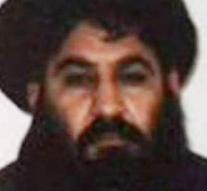 kabul - The Taliban have Saturday released an audio message indicating that their leader Mullah Akhtar Mansour is still alive. The fate of Mansour existed for days unclear.

A source around the Afghan government had previously claimed that Mansour was slain, while the Pakistani Taliban had claimed that he was wounded during a deadly exchange of fire with other extremists.

The audio message is to put an end to that speculation. " The incident never took place. It was propaganda of the enemy ", the Afghan Taliban leader would have said. It is still unclear whether Mansour message has actually spoken.

Mansour followed last summer Mullah Omar, the Taliban after he acknowledged that for years was dead. The appointment of Mansour was not all groups within the Taliban in good soil.