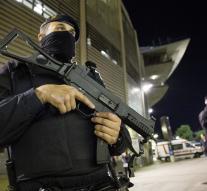 - The French intelligence services have been reorganized and one service should be fighting terrorism. This is the conclusion of a parliamentary inquiry committee scrutinized in Paris the terrorist attacks of last year. During such attacks have failed existing services, according to committee chairman Georges Fenech.

Fenech told French media that the researchers have identified include that foreign intelligence nobody could call a contact with the French colleagues. The committee also says that the attack on the Paris Bataclan theater in November perhaps could not be avoided, but that the relevant police and other units should have been much better prepared.

The commission further harsh criticism of the responsibility shared between various services.