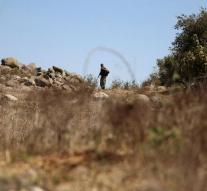 - "Several Syrian rebel groups are willing to cooperate with the peace agreement last week agreed yet are still very skeptical about certain aspects of it. This is stated in a letter from the rebels, which aims to include the United States. The agreement was negotiated by the US and Russia."

"The deal provides for a ceasefire to take effect in the night from Sunday to Monday. The agreement is not enough attention to besieged areas of Syria, so argue the rebels. They find that must be provided all besieged areas of relief, with no exceptions or conditions. The rebels are also concerned that no method has been established to monitor compliance with the agreement or penalties for infringements thereof."