Home / World / Syrian pilot falls into the hands of rebels 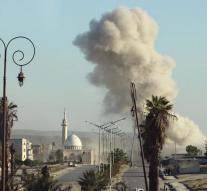 damascus - A Syrian Air Force pilot's Friday in the hands of rebels cases after his plane had crashed northeast of Damascus, reported the Syrian Observatory for Human Rights.

A spokesman for the group Jaish al-Islam sent a photograph of the captured pilot. The rebels declared that his plane was shot down, but according to Syrian state media had to contend with technical problems and the pilot had left his plane with the ejection seat.

The insurgents took earlier also down two planes this year. According to the Syrian government in one case used an antiaircraft missile. It is unclear whether the rebels possess such weapons.