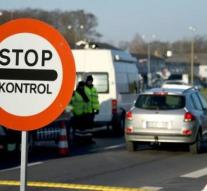 aabenraa - Danish police in an apartment in Aabenraa found the bodies of a Syrian family. The remains of the mother and two children were found in the freezer. The father is missing. Police are looking for the man.

It is a 27-year-old woman and her daughters aged 7 and 9. After had found a family for days nothing of the woman, she alerted the police. Which then decided to take a look.

The family arrived and received asylum in Denmark in 2015.