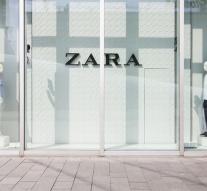 Some children in the factories are only fifteen years. They work long hours, sometimes from twelve hours for a meager fee. BBC journalists were in the factories tags images of Marks \u0026 amp; Spencer. In one of the factories jeans for the popular chains Mango and Zara were processed with chemicals without adequate protection for workers.

A spokesman for Marks \u0026 amp; Spencer said the company will take steps. 'We had previously found no evidence the Syrians worked in factories of our suppliers, and we are very disappointed by these findings. This is very serious and unacceptable for M \u0026 amp; S. '