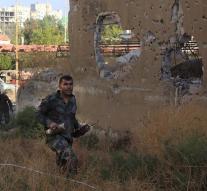 damascus - The Syrian army has made significant gains Thursday in the hard-fought city of Aleppo. It captured a significant part of the district of Bustan al-Basha near downtown, a place that seemed to have firmly in the hands of the rebels.

The Syrian Observatory for Human Rights describes the region as one of the main front areas in the divided city. The Air Force has carried out recently heavy bombing especially the eastern part of Aleppo to break the resistance of the rebels.

The army said Wednesday the people of the battered city to give the opportunity to leave or enter on humanitarian aid. To this end the air strikes are temporarily restricted.