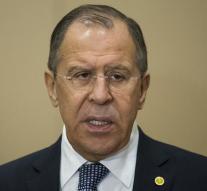 moscow - The meeting of the Foreign Ministers of Russia, Turkey and Iran on Syria comes despite the murder of the Russian ambassador in Ankara Tuesday as planned as usual in Moscow. That the Chairman of the Foreign Affairs Committee of the Russian State Duma, Leonid Slutsky, to the Interfax news agency said.

'Despite this tragedy, we must constructively to work,' said Slutsky. Moscow and Tehran support Syrian President Bashar al-Assad, while Turkey sees a future for Syria without Assad.

Slutsky also expressed support for the continuation of relations with Turkey. It is important now to use 'common sense,' he said.