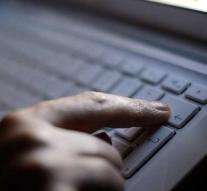 bern - Justice in Switzerland wants to prosecute two Russians to carry out 'a cyber attack' on the world anti-doping agency WADA in Lausanne. In 2016, WADA itself reported that a large batch of medical data from athletes had been captured in a cyber-burglary.

The Prosecutor's Office in Bern reported Monday that the two men suspected of the cyber attack at WADA are the same people who would like to commit a robbery in a laboratory in Spiez a few months ago. Last week NRC reported that the Russians were arrested before they could break into the laboratory.

The two Russians would have been exposed in The Hague while they were on their way to Spiez. The laboratory there is investigating, among other things, the attempted murder of the Russian double spy Sergey Skripal in Salisbury, England. According to the British, that was the work of Russia. The lab is also investigating allegations of poison gas attacks by the Syrian regime, an ally of Moscow.