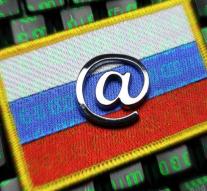 bern - Switzerland demands that Russia stop espionage on its territory. In the past few days two new possible espionage cases have come to light. In The Hague, two people would have been arrested who possibly wanted to hack a Swiss research laboratory. The same men would also have stolen data from the world anti-doping office. That office is located in Switzerland.

'The Swiss Foreign Office calls on Russia to immediately stop illegal activities on Swiss soil or against Swiss targets,' the Ministry said on Sunday in a statement.

Switzerland thinks that one in four Russian diplomats in the country has links with the intelligence services, according to a Swiss newspaper on Sunday. The Russian ambassador in Bern had to come on the floor three times this year.