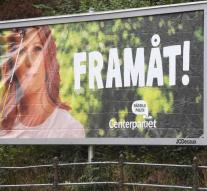 stockholm - The Swedish internal security service has seen more cyber attacks and attempts to do so in recent weeks. Hackers try to penetrate the systems of political parties and government services. More fake accounts on social media have also been found than otherwise. These accounts are used to distribute false information.

'We have seen such activities before. Attempts to influence people are always there, but we have seen an increase lately, also in comparison with the previous elections, 'says Säkerhetspolisen.

The security service leaves in the middle who is behind the attacks. There are no major attacks attributable to other countries 'but there are examples of the willingness of foreign powers to polarize and cause tensions, so that Sweden looks bad. 'The service mentions, for example, messages in Russian media about cars burnt down.

The increase is probably due to the Swedish parliamentary elections on 9 September. In the polls, it seems that the social democratic party of Prime Minister Stefan Löfven remains the largest. The right-wing populist party of Sweden-Democrats seems to be gaining ground and can possibly reign with the liberal-conservative Moderaterna.