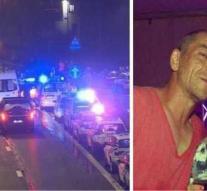 liege - The truck driver from Landgraaf who is suspected of the fatal accident with a 'Geel Hesje', has reported to the Belgian police.

Earlier, the trucker was still reported as 'fugitive' because he was not at home when agents arrived at his house. Later his father told that he had been to a running event in Egmond aan Zee last weekend.