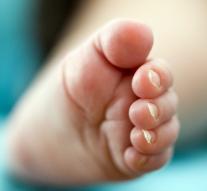 papendrecht - The man and woman suspected of involvement in the death of a nine month old baby in Papendrecht at large. They were in custody. At present it is not clear who inflicted the fatal injuries to the girl. There should be more research done into what probably will still take some time.

Both the mother (22) of the child and her friend (26), remain suspicious, let the Public Prosecutor (OM) on Thursday.

Police received Monday, October 5th late at night indicating that the baby in Papendrecht became unwell. The child died a day later. Doctors questioned the cause of death and investigations later revealed that the child has been through violent deaths.

The biological father of the baby is also heard in the investigation. The girl had still been there over the weekend for her death. He declared that there was nothing going on when she returned to her mother.