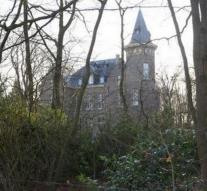 brugge - The four men in Belgium in the process of the so-called castle murder are heard on June 12th. That particular court in Bruges on Tuesday. Two of the four suspects are Dutch.

The case is about Stijn Saelens shot in 2012. He was assassinated by his father-in-law, André G. (66), in his castle in Flemish Wingene.

The Tilburger Franciscus 'Roy' L. (40), who has partially known, has, according to the OM, now died uncle from Eindhoven, assisted by the homicide. Evert de C. from Zeeland (53) is entitled 'ronselaar' and the Belgian Pierre S. (66) would also have had an organizing role.

According to the new schedule, a chief inspector and investigator will be heard on Tuesday. The public tribunal in the court is almost completely filled. Later in the week witness a doctor and armor expert.