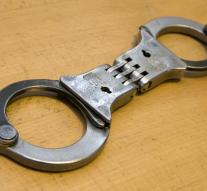 jerusalem - The Israeli police arrested seven suspects for the so-called submarine affair. According to Israeli research, the investigation is about the question of whether undue pressure has been put on buying navy ships and submarines built in Germany.

The 2016 deal is under a magnifying glass, since Netanyahu's lawyer also worked for the Israeli representative of ThyssenKrupp, the company that built the vessels. From the armed forces it would have been protested against the billionaire purchase, which continued. Netanyahu is not a suspect in the case, but is likely to hear about the matter.

The police arrested six suspects on Monday, including the shipbuilder's representative. They are suspected of bribery, fraud, money laundering and tax crimes. 'At the time of the events, some suspects were officials. Others worked in the private sector, 'the police said in a statement on Monday. Tuesday followed another seventh arrest.