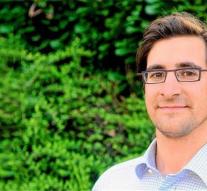 brugge - The chief suspect in the castle murder unexpectedly made a confession on Tuesday night. The main verdict, André G., said during the lawsuit he ordered to bring Kasteelheer Stijn Saelens to life.

In the eyes of justice, G. was always the main verdict. During the investigation, G. however, felt that the only purpose was to teach the victim a lesson.

The Belgian castle resident Stijn Saelens was shot in the West Flemish Wingene in January 2012. His father-in-law André G. has always claimed that the victim has committed incest with his daughter. During his confession, he reiterated that reason for the murder. 'It was my ultimate solution, my last chance to protect my grandchildren. That was my only concern. '

The Tilburger Franciscus 'Roy' L. committed the assassination according to the OM with his nowadays uncle from Eindhoven. Evert de C. from Zeeland stands out for his role as supposedly a 'murder broker'. The fourth suspect, Pierre S., would have organized the murder at the request of his friend G.

By statement by G., the process can not be continued on Wednesday. All defendants may have to be heard by the police.