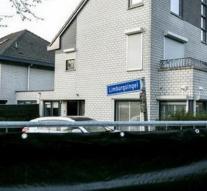 arnhem - A 34-year-old man from Arnhem suspected of having killed a robber, is not fixed. The Prosecution has lifted the temporary detention of the man. He remains a suspect, was published Friday.

The man is suspected of involvement in the death of a 47-year-old man with no fixed abode. This man came over late March the house of Arnhemmer and his 32-year-old woman at the Limburg Singel.

Then the robber ran away, the couple followed him. The Arnhemmer jumped in a van from a pizza delivery which was coincidentally in the street and drove to the robber. The woman has also been detained, but was released earlier.

With the lifting of the remand wants OM own words do justice to the special position of the man. 'He is a victim of a violent robbery, but also a suspect in the investigation into the death of the robber. '