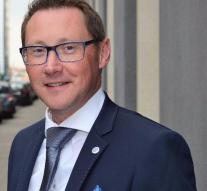 brussels - The highest court in Belgium warns that the country should be careful that it does not hold the same side as Turkey, where the separation between the executive and judiciary is getting thinner. The President of the High Council of Justice, Christian Denoyelle said Friday at the Belgian radio that threatens to otherwise ' lost confidence in all the institutions. '

Denoyelle finds it disturbing that government party N-VA judges ' unworldly 'calls. The nationalist party used that word in a campaign that Minister Theo Francken (Asylum and Migration) should support and suggests that judges ' open our borders.'

Francken refused a Syrian family to give a visa while the Court of Appeal in Brussels has ordered, under threat of a fine of 4,000 euros per day. The politician fears a dangerous precedent ' '' and has appealed. He is afraid of a rush ' '' on the consulates in Beirut and Ankara.