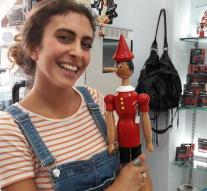 rome - Italians are divided on the proposal of Minister of Labor \u0026 amp; Economic Development Luigi Di Maio, to keep stores closed on Sundays and during the holidays. Di Maio, of the populist Five Star movement, wants to ensure that families can spend the Sunday together.

The liberalization of opening hours of six years ago is thus reversed. The unions find it wonderful. The Roman Catholic Church is also overjoyed with the proposed Sunday rest. In order to meet the shoppers somewhat, Di Maio wants to allow stores to open their doors on Sundays once a month. Nevertheless, wholesalers fear that Sunday closure will lead to the loss of 30 to 40 thousand jobs.

What do the retailers think of it themselves? A young woman who works in a Roman branch of department store UPIM knows it. 'It would be great! That is what my colleagues also think ', she says. 'But our boss will think differently about that. 'Opposite the UPIM is a large café-restaurant. 'For us that bill does not matter,' says the boss. 'Because it does not apply to cafés and restaurants, so we just stay open. 'A pharmacy is located a little further on. 'We have always been closed on Sundays, so nothing will change for us', says the pharmacist.

Emiliano, who works as a supervisor in the nearby supermarket SMA, is in favor of a partial Sunday closing. 'When I started working here, the shops outside the center of Rome were closed on Sundays and the shops closed in the center. I hope that the government wants to do that now ', says Emiliano.

Supermarket owner Rocca is absolutely against the closure on Sunday. 'Closing on Sunday means the end of a very important service to tourists. 'The government party Lega wants, in order to avoid such situations, that stores in tourist cities stay open more often on Sundays. This is still being fought over.

Beatrice (23) works in a toy store near the Trevi Fountain in the center of Rome, which is still open on Sunday. She thinks that the Sunday closure has both advantages and disadvantages. 'It is important that people have the opportunity to buy what they want on Sundays. The center of this city is always full of life. 'But she understands the bill:' It is humane to take into account the wishes of employees who would rather stay home on Sunday. '

According to the Italian Association for Consumer Protection Codacons there is a risk that the closure of thousands of small stores will not make it any more. Codacons also states that the closure on Sundays and public holidays has a negative impact on the economy and employment. Only online sales will benefit greatly, according to Codacons. But the government is also considering imposing Sunday closures on web shops. They can then only process orders on Monday.

The president of the Italian Federation of Distributors, Claudio Gradara, states that the plan will lose tens of thousands of jobs. That will lead to less state income again and that the government can not afford. Gradara warns that especially young people and low-skilled people will fall victim to the stricter shop-closing law.