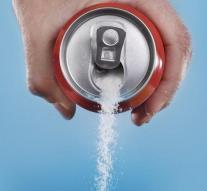 london - Britain is a tax on the sale of sugary soft drinks. With the proceeds to finance health programs for school children. The sugar load is part of the plans to address obesity among children.

According to the British government is almost a third of the children a little or a lot overweight between two and fifteen years. That costs the government billions each year, suggested Deputy Minister of Finance Jane Ellison Thursday.

According to experts and activists, however, the plans not nearly adequate to the increasing obesity among the British to halt.


Britain is not the first country to set up a sugar tax. Including in Belgium, France and the Scandinavian countries already happening.

Drinks with sugar, according to London's main source of sugar for children. One can of cola exceeds a capacity of nine sugar all the prescribed daily amount.

The soft drink industry is outraged about the measure. Gavin Partington British umbrella organization argues that the tax is a 'punishment' that,, will cost thousands of jobs and has no decisive impact on the degree of obesity. '


The programs for school children have to promote a healthy diet and more exercise. Schools have to encourage children to spend at least sixty minutes a day moving average or firm, half of which during school hours.