Home / Tech / Suffering from a slow Android device ? How to fix it! 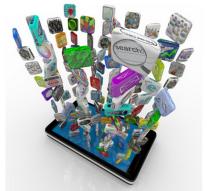 - Like a PC, a smartphone or tablet full of encounters with old apps, photos, files and other junk. When that happens, the device may be slower or no longer respond properly. To solve these problems on an Android device, we show you how to track and manage resources, you can move or delete data and fickle apps can fix it.