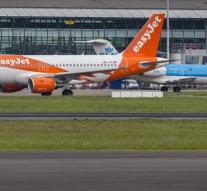 brussels - Brussels airport only advises travelers Friday to come up with hand luggage to the airport. Thursday called on to lay down the socialist trade union baggage handlers at work Friday when Zaventem airport warned passengers.

Originally Friday was a national strike on the program, but that has been reduced to stoppages in metal, textile and food companies and in the cleaning, security and catering industry. In train movements is no disruption expected.

In protest at a forthcoming wave of redundancies will also be discontinued at ING. The staff is summoned to the headquarters in Brussels.

The unions not only take action against government policy, but also against the employers. At 11. 00 union members hold a demonstration in Wavre, where Prime Minister Charles Michel Mayor.