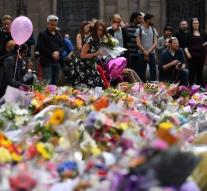 manchester - Almost 36,000 people have donated money to the families of victims of bombing in Manchester. In a day, they collected an amount of more than 1.1 million pounds (1.27 million euros).

The action is an initiative of the local newspaper Manchester Evening News. 'Readers have asked how they can help, so we started this collection campaign to help support families in the aftermath of the attack,' said the editor on the JustGiving website.

Many people also drew the wallet for an action to raise money for homeless Chris Parker, who was victim of victims after the attack. The initiator hoped to pick up £ 1000, but the counter was already over 30,000 pounds (nearly 35,000 euros) on Wednesday afternoon.