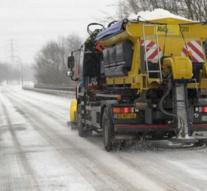 seefeld - The Austrian resort of Seefeld, at the beginning of the winter season on the map put with a PR stunt. The story was a truck driver lost and a snow bulldozer not in the Alpine resort situated, just 800 kilometers north had delivered an eponymous town in the German state of Schleswig-Holstein, appears to be put in scene.

'Could be,' Elias Walser had from the tourist office in the (Austrian) Seefeld said. The transport company had hired many new drivers and the driver had probably typed the wrong destination into the navigation device, which he had followed the instructions blindly.

The North German broadcaster NDR discovered that it was a PR stunt. Walser admitted that the agency actually only wanted to make 'a nice movie for Facebook'. He now regrets that he has lied to journalists. But on Facebook thanks to the tourism office all employees who have maintained the secrecy.