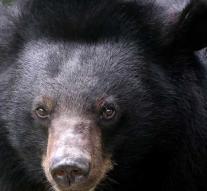 ottawa - The police in the Canadian capital Ottawa have raised the alarm about a big black bear. A block of houses has been set up in the northern district of Byward Market, near the parliament building in the center.

The police have reported that the bear is apparently calm in a tree. Thanks to the police settlements there is no acute danger anymore for the environment. The animal will be anesthetized and taken from the center of Ottawa.

It is unknown where the bear comes from. In the forests in the region, many black bears live to hunt for mainly vegetable food, also in inhabited areas. But a bear in the middle of the capital is exceptional.