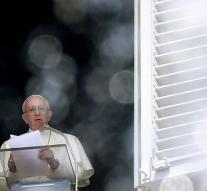 warsaw - Polish police found 150 kilos of chemicals for explosives. The finds were made in Warsaw, Krakow and Wroclaw. The authorities put the discovery in connection with the World Youth Day beginning in Krakow two weeks.

Police stopped her quest total of fourteen people. The finds were made during 'routine measures against organized crime.' In addition to the chemicals, the police also found four hundred dangerous firecrackers, gunpowder and two grenades.

The Catholic youth days (26-31 July), to be held in the presence of Pope Francis and attract hundreds of thousands of interested people from home and abroad. The security measures are sharper than before. Include border trade is strictly controlled.