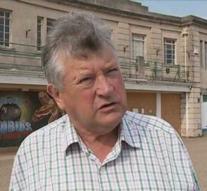 bristol - A farmer and successful entrepreneur from North Somerset in the southwest of England, who was found dead next to his tractor, was probably killed by his dog. The inspector who investigated the accident reported this to the newspaper The Independent.

The 70-year-old Derek Mead was seriously injured eighteen months ago by his son found on his estate. The son immediately called for emergency help, but the relief workers could not prevent the millionaire Mead from passing on the spot.